The authorities at West Bengal's famous North Bengal Wild Animals' Park near Siliguri were finally successful in getting, the magnificent Royal Bengal Tiger, named Snehasis, back to the cage.

"After observing the tiger's movement for days, we came up with a novel idea of trapping it in the cage," a forest official said.

"We got CCTVs installed and as a bait huge quantity of food was placed in the cage. As soon as tiger came for food, the door was locked as per the plan," the official said, adding that this made Snehasis angry and it kept roaring for a day.

Meanwhile, another his partner Sheela now got chance to move out of the cage for the safari.

"After four days Sheela was allowed in the park. It moved here and there, took rest under the shadow of tree and drank water from the pond," the official said.

Forest officials are also worried if Sheela too does what Snehasish did few days back.

On January 23, Snehasis and Sheela were allowed to roam in an open cage by the Zoological Park authorities for tourist attraction. The authorities were with the notion that the tiger will return to the cage in the evening but that didn't happen. 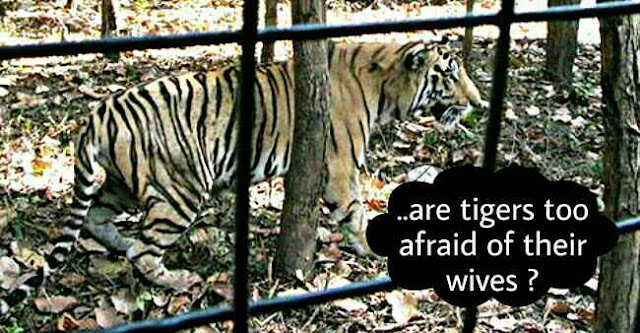