An elephant broke down the gate of a railway level crossing at Chapramari Wildlife Sanctuary area of Jalpaiguri district in Dooars on Saturday, Forest department officials said.

The railway line passes through the reserve forest area. The adult male elephant came from the forest and broke the gate of the railway level crossing.

The elephant stayed in the area for around 15 minutes then returned to the forest, the officials said.

Eyewitnesses claimed that the elephant rammed into the boom barriers installed at the crossing.

The locals said the elephant found itself stranded near the crossing. Visibly annoyed, it pulled one of the barriers and was later seen trampling on it.

Train services on the route were not disrupted as the elephant had left the scene soon after trampling over the barriers. Locals, however, said that a train went past soon after the mammal left, thereby averting a major disaster. 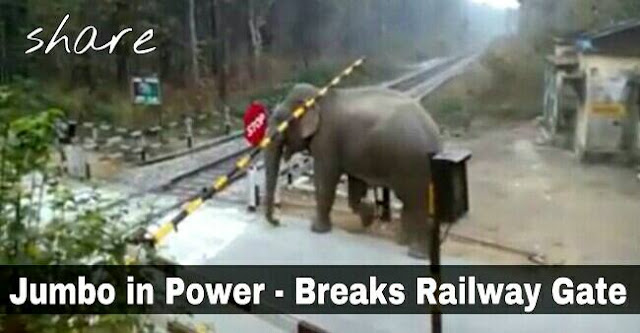