Edappadi K Palaniswami, the general secretary of the AIADMK party and a close confidante of VK Sasikala, was on Thursday sworn-in as the new chief minister of Tamil Nadu, ending weeks of political turmoil over the post.

Palaniswami was sworn -in along with 30 other cabinet ministers.

On Wednesday, the Supreme Court had found VK Sasikala guilty in the DA case and ordered her to serve a jail sentence. 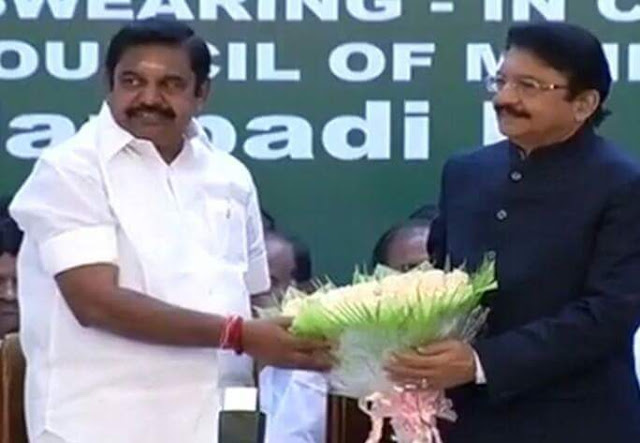