Delhi-bound Kalindi Express collided with a freight train and derailed at Tundla junction in the wee hours today.

No casualty has been reported but several people have received injuries.

The train, which was coming from Kanpur, collided with the goods train after the driver apparently overshot the signal, railway sources said.

Six bogies of the Kalindi Express derailed, disrupting traffic on the Kanpur-Delhi route.

This is the 3rd incident of train mishap near Kanpur area within a month.

A foot bridge too has been fallen off due to the collision. 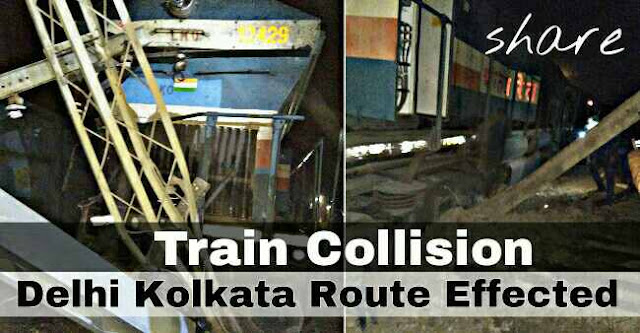