A 26-year-old research associate with Indian School of Business (ISB) died after he fell from the ninth floor of Hill Ridge Springs Apartment at Gachibowli on Saturday night. The victim, Chaitanya Bayanwala, was alone in his flat at the time of the incident. No suicide note was retrieved and police suspect accident as cause of death. Bayanwala is a resident of Siliguri and joined ISB, nine months ago as a research associate in finance department. Chaitanya had done his Masters in Physics from IITKharagpur.

He was sharing a flat (No.901 in 12th block) at Hill Ridge Springs apartment with Swapnil Rayal and Piyush. Swapnil is also a research associate at ISB. At 9 pm, Swapnil and Piyush went to Indra Nagar to purchase liquor. "At 10 pm, when they were parking their vehicle in the apartment, they received a call from a neighbor, saying someone had fallen from their balcony . Swapnil and Piyush rushed to spot and identified Chaitanya, who sprawled in a pool of blood," said Madhapur sub-inspector (SI) K Rajender. He was rushed to a nearby hospital, where he was pronounced dead on arrival at 10.30 pm.

Based on a complaint lodged by Swapnil, police registered a case of suspicious death. No suicide note was found. Police suspect it was an accident. "There were also no symptoms of struggle in the flat. Till 9.09 pm, Chaitanya was chatting with family and friends on WhatsApp. There was no clue of trouble in messages. The railing is three-foot high and we suspect he may have accidentally fallen," said a cop. Chaitanya's parents were on their way to city from Siliguri. 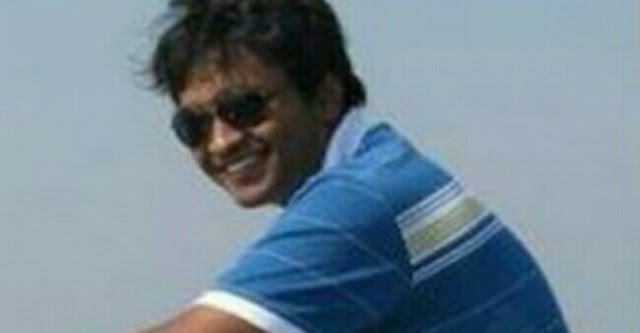