He also took to Twitter to share the news, “Sad & shocked to know that versatile actor Om Puri jee has expired due to heart attack early morning today. #RIP.”
Om Puri’s body is at his residence in Andheri and his old friends and colleagues from Bollywood have arrived to pay their last respects.
The actor has appeared in mainstream Bollywood cinema as well as Pakistani, British and Hollywood films. The actor has received an OBE as well as Padma Shri, the fourth highest civilian award of India.

MAY HIS SOUL RIP 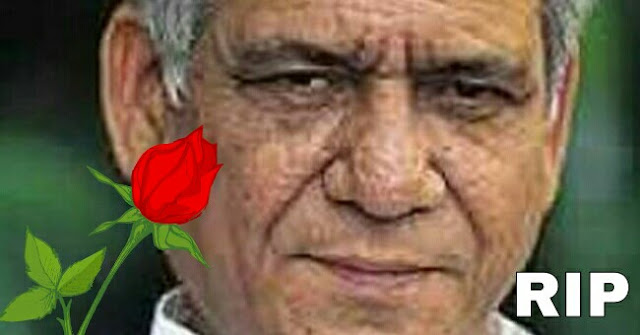