Daughter of a late Nepali folk singer will launch an album in March in which she has re-recorded her mother's seven popular songs in her own voice to pay tribute to her mother.

Navneet Aditya Waiba, Hira Devi's daughter, has sang seven of her mother's most popular songs for the album Aamalai Shraddhanjali (tribute to mother).

The album is produced by Satya Aditya Waiba, her younger brother.

Navneet had worked as a flight purser in an international airline company in Hong Kong for 10 years and has come back to Siliguri to revive her mother's songs.

"My mother was a popular folk singer. I grew up listening to her songs and know the lyrics and tunes by heart. Although she wanted me to become a singer, I chose a career in the aviation industry. I have come back after more than 10 years to fulfill her dream," said Navneet.

Navneet and Satya have been working on the album for the past two years with the help of of Kiran Nepali, a sarangi player of the Nepali folk bandKutumb. The band has provided music for the album with instruments like violin and guitar.

"My mother used to sing in the typical Purbeli bhakaa and her songs had a depth and sweet melody. We have retained all of that while adding modern instruments like guitar and violin to make the music richer. This way, we want the songs to be in sync with the contemporary times and appeal to the young generation," said Navneet. 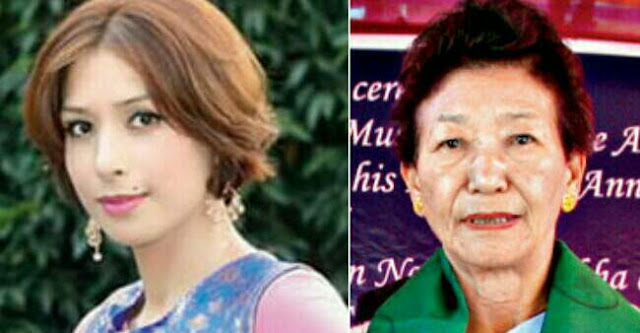