A Women Empowerment has tremendously encouraged the women of society to come forward shouldering equal responsibilities with a men, they have nurtured themselves strongly away from conventional gender biased inequalities.

Talk about women’s participation in defence sector , in Air Force combat wing as a combat pilot, the country has witnessed several such examples where women have been relentlessly and with full dignity and honour set a remarkable heights with galore.

India , the dignified daughters of our country have now proved they are not less than men in all aspect.

With such example once again, The Voice of Sikkim proudly brings to world such a woman of ethic and responsibility who hails from a tiny Himalayan State , a state which has set several records, achieved several hallmarks for it ability and potential, the state under the visionary Chief Minister Shri Pawan Chamling has been bagging series of appreciations and awards successively.

In the tenure of Shri Chamling the women empowerment has seen a vast phase shift , success stories of women of Sikkim are more than the previous governance.

Well, this story is all about 25 years old Urmila Sharma who hails from Tadong in East Sikkim, she has done her Masters in Sociology from Indira Gandhi Open University IGNOU in 2015 and completed her Graduation from Sikkim University in 2013.

Urmila after some month of completing her graduation got an opportunity to work as Adhoc (Temporary) Arts Teacher under Sikkim State Human Resource Development Dept HRDD, until end of 2015 she served at Adampul Junior High School.
She during the intervening course of time working as temporary teacher also sat for many job interview but she wasn’t lucky enough to get through in any single.

It was a bolt from the blues that she too had applied for for post of driver under the State Health Dept in 2015 for which she turned meritorious than she even succeeded to pass through selection in viva-voce.

She was appointed as a regular Ambulance Driver in her first posting place in Samdong Primary Health Center PHC under Tumin-Lingee constituency in East Sikkim.
Ambulance Driver , yes she succeeded the another Ambulance driver of same PHC who was transferred to another place.
Determinated Urmila Sharma took over the charge within a week and then she started off with a Key of Ambulance serving the people of Samdong and the state Health Dept.

Speaking to VOS when asked how difficult she finds the new job, she replies with smile ‘No job is easy, no job is extraordinary, but once we are determined to drive along with positive mindset and gusto then slowly it becomes a duty’.
That was a real punch line spoken statement which is beyond imagination to have heard from a young woman in her twenties.

We (VOS), started off with discussion more than believing it’s just an interview as flamboyant Urmila responded to our queries so comfortably and lively.

She told she finds herself happy to serve the people round the clock as her duty is all about dealing during emergency and rush hour, she mentions she is comfortable with workplace and cuture.

Sometimes being a woman such a tedious task shouldn’t easy , she replies ofcourse but that shouldn’t be an excuse when we shoulder the responsibility with an utmost sincerity. Attracted People and children watch me driving ambulance , they even gossip at that moment I feel myself more energetic, I don’t feel akward at all.
Bombarding question after question she replies one after another with an audacity and confidence in her tone aswe proceeded drilling unto depth about her.
We even asked personal affair, she told that’s for sure who doesn’t have in today’s time. There we asked if she watch movie, she said yes mostly Hindi. So, who’s your favorite hero ?, “Salman Khan”.
She told us she would be pleased if she gets an opportunity to be a guest in some convocation or workshop on Women Empowerment if gets a chance sometime near future.
Reacting to a point of discussion over Women Empowerment she doesn’t stop applauding Chief Minister Shri Pawan Chamling , she tells Sikkim today has changed a lot and Sikkimese women has scaled far beyond in several sectors and activities , it is because the Sikkim government has been vocal and catalytic in encouraging women for opting diversified schemes and opportunities , with such encouragement today women are more courageous and successful.
What if you get a chance to speak over Women related matter as such in a big consortium like UN conference ? She laughs , and then replied to us once again ofcourse, nothing’s impossible that would certainly be my delightful moment in a life!!
Have you a message for the yougsters that can inspire ?
Today, I see lots of educated unemployed , some are more educated but frustrated in a life. Don’t complain who you are, don’t even complain if you’re not able to succeed in one stage of sea of opportunities, there are more and more stages and precisely in somewhere or other there’s your destiny.
Education and work go hand on hand, far educated ones shouldn’t feel pity to do a whatever work he or she is assigned. Round glossy stones and pebbles those looks beautiful , vibrant ashore river and lakes passed through a rugged several times , such a way one has to set a goal to achieve something, be ready always to face a challanges.
Another thing that hurts me more is drug addiction habits among yougsters, I want to appeal yougsters please don’t go for it. Life is precious gift of god don’t spoil your life in such horrible habits or dismay family either.
Wrapping an interview with a delightful moment of interactive talk , she concludes with a more strong message agaist heinous crimes taking place with minors. She urge everyone to get booted for tackling minor related crimes in society , unless society unites crime cannot be ceased down unto root.

Lastly one question we missed to ask her, did you have any ambition ? “No” she replied. Our curosity arouse why so ?, She explained us so beautifully.

“One must see a dream, dream makes oneself more attracted toward destiny and that destiny is certainly an ambition. I believe other way round, since I never ever aimed to become something because uncertanities are also hurdle along every dream. In case at one point of time I get ousted due to some reason or other then my whole dedication will shattered and I cannot regain the same energy that I started with for aiming to that destination. So,I have always accepted whatever that comes in my life as life changing opportunity will be my fortunate ambition.” 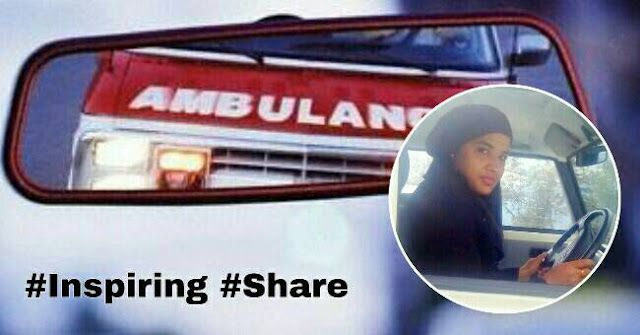