Chugging up and down the hills along fascinating loops and curves, the Darjeeling Himalayan Railway (DHR) or the toy train has been the iconic image reflecting the heritage of the queen of hills.

In an attempt to preserve the heritage, already declared a World Heritage Site in 1999, Ministry of Railway will sign an agreement with the UNESCO on January 20 in presence of Railway Minister Suresh Prabhu in Darjeeling.

This development assumes importance as it comes 17 years after the Himalayan Railway was accorded the status of the first industrial heritage in Asia, and experts are raising apprehension on whether the charm of the railways has taken a dent due to rampant urbanisation and encroachment.
Charming deal

The agreement will help the UNESCO in preparing a comprehensive conservation management plan for the heritage railways and suggest measures to maintain its charm.

“The UNESCO has been engaged for the Comprehensive Conservation Management Plan (CCMP) and manual for operation of the heritage railways. It will also suggest linkages between the local administration and Railways,” Subrata Nath, Executive Director (Heritage) Railway Board told The Hindu.

Mr. Nath said that the plan will also come up with demarcation of core and buffer areas of the 88 km of 2 feet (0.610 metre) gauge track connecting New Jalpaiguri and Darjeeling, raising an elevation of 326 metre to 2,203 metre.

The Railway system, considered an engineering marvel with zigzag reverses and loops was opened in 1881 for transporting tea and other things down hill, and later turned for transporting passengers.

“Conservation of the Railways does not involve only preserving the tracks but also the entire rolling stock (locomotives) and railway stations.The idea is not to disrupt the existing Railway services but to come out with a management plan that will help preserve the heritage,” an expert associated with the project said.
GIS mapping

The UNESCO has already started preparing the CCMP, which is part of a two-year project and a formal agreement will be inked later this month. Other initiatives include having a GIS mapping of the entire railways and preserving the heritage in museums.

Over the past few years, the DHR has been grappling with natural calamities including landslides which led to disruptions of the Railways. A landslide at Paglajhora on June 2010, had disrupted the services between NJP and Darjeeling before being resumed in 2015.

While landslides are considered natural phenomenon, some experts claim that it can be triggered by “externalities like drainage” and other factors. Railway authorities said that inputs from the UNESCO will be implemented as far as possible as they are crucial to maintaining heritage of the hill railways. 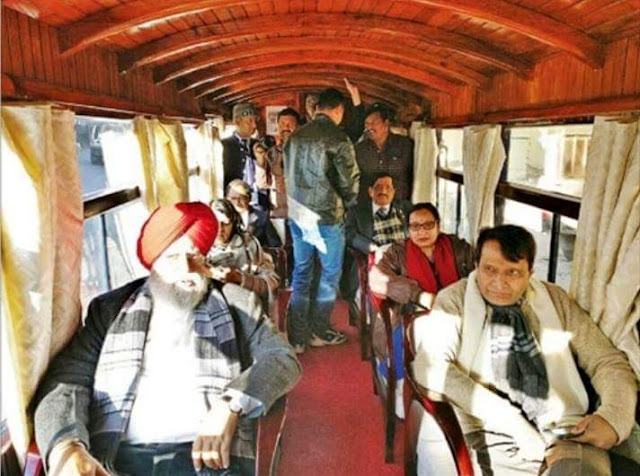