Railway Minister in Siliguri, has heading to Darjeeling via Bagdogra for UNESCO DHR program

Hon'ble Railway Minister Suresh Prabhu and our MP and Agriculture and Farmers welfare Minister (MOS) have arrived at Bagdogra from Delhi and have headed to Darjeeling by chopper.

Suresh Prabhakar Prabhu, Hon’ble Railway Minister along with other dignitaries will be reaching Darjeeling on 19th January on a two day visit.  During his stay he will hold a discussion with Consultative Committee of Members of Parliament on Railways.  After this meeting, he will be present in a ceremony where Fund in Trust Agreement will be signed between UNESCO and Railways which will pave the way for formulation of CCMP (Comprehensive Conservation Management Plan) for preservation of rich heritage of DHR.  On the same day, he will also be holding another meeting with public representatives and other stakeholders on “Good Governance” at Darjeeling.

Suresh Prabhakar Prabhu, will also be visiting Gangtok on 21st January.  At Gangtok he will take part in an interactive session at Chintan Bhawan on “Good Governance” where media persons, Chambers of Commerce, prominent citizen and other stakeholders will be present.  He will also hold discussions with Governor and Chief Minister of Sikkim. 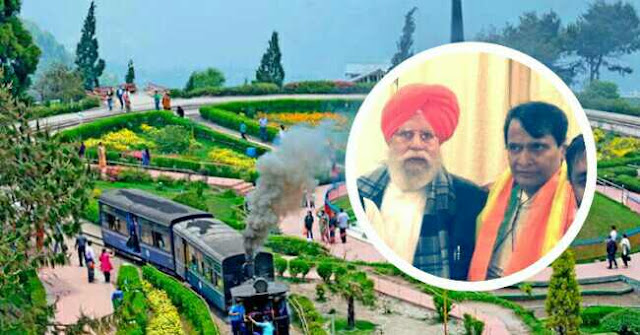