#1 .A minor girl aged 13yrs, missing since 25th Dec,2016 from Nepal was rescued from Lodhama yesterday evening by Kanchanjungha Uddhar Kendra and Child Line along with CBI Kakarivitta Police Station, Nepal with the help of Lodhama Police Station.

KUK received the missing report from Tiny Hands on the 5th of Jan and began with the investigation and were in constant touch with the police thereafter. Quick response and full co-operation from the Officer In-charge Lodhama Police Station Mr.Dalim Adhikari made the rescue operation possible in a day.

The minor is at a home in Siliguri, she will be reunited with her parents after somedays.The accused has been handed over to Ms.Ambika Pokhrael of the CBI Kakarivitta Police Station, Nepal who was along with the team.

#2. Two girls from DimDima Tea Estate, Birpara were rescued on the 31st of December from Bihar. One girl was missing since one and a half year and the other since the last six months.

The girls were lured for well-paid housemaid jobs in Bihar by an agent from Bihar and a local agent.The girls were forced to dance in a dance troupe and were exploited and abused physically.

The girls were rescued and reunited with their families by Kanchanjungha Uddhar Kendra with the help of Birpara Police Station on the 31st of December.

KUK is thankful to the Officer In-charge Birpara Police Station Mr. Pankaj Thapa for his co-operation. 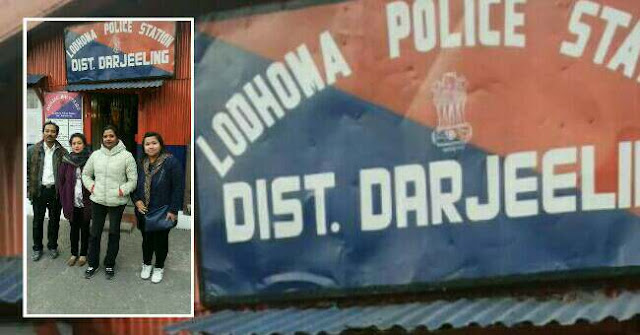