Mahananda Wildlife Sanctuary near Siliguri to get 250 more Deers

Bengal forest department has decided to bring in 250 deer from different parks in south Bengal and release them in Mahananda Wildlife Sanctuary later this month to increase the prey base for leopards and attract visitors.

N.S. Murali, the chief conservator of forest, wildlife (north), said there were deer parks in southern parts of Bengal which were overcrowded.

"We have decided to bring in 250 deer from different parks in south Bengal to Mahananda sanctuary. Hundred deer will be translocated from Bibhutibhushan Wildlife Sanctuary in North 24 Parganas, while 90 are to be brought from Hijli Eco Park in Kharagpur. From Kumari Kanngsabati Deer Park in Bankura district, 60 animals will be taken to Mahananda," said Murali.

"This will help maintain the prey base in the Mahananda forest. At the same time, it will also balance the deer population in south Bengal forests," he added.

Sources said Mahananda's prey base was not strong and that was why deer would be brought there later this month, though the forest department had conducted no census on deer in the sanctuary.

Mahananda sanctuary is located on the fringes of Siliguri and has an area of 61sqkm. Leopards, Himalayan black bear, elephants, deer and different species of birds are the main attractions of the forest which is open to tourists.

"Apart from releasing deer in the forest here, we have also decided to construct a watchtower in the sanctuary. This will help tourists get a view of the wildlife," Sumita Ghatak, the conservator of forest, north Bengal, said.

Sources said direct sighting of animals had became very low in the sanctuary. "Keeping this in mind, the forest department has decided to release more deer and construct a watchtower in Mahananda to attract more tourists," said a source.

"Many tourists visit the sanctuary. They have complained that the sighting of wild animals was irregular. More deer and the watchtower will attract visitors to Mahananda," added the source.

D. Rai, the divisional forest officer of wildlife division I, said: "We have identified a spot inside the forest where deer will be placed first so that they can acclimatise with the environment. After that, the animals will be released inside the sanctuary." 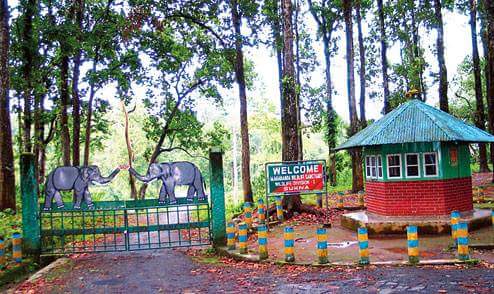 Expeditiontravellers said…
A very delightful article that you have shared here. Your blog is a valuable and engaging article for us, and also I will share it with my companions who need this info. Chimpanzee Trekking Uganda Thankful to you for sharing an article like this.
2 September 2021 at 14:38

Velocityclinic said…
Hi there to everyone, the contents present at this web page are actually amazing for people knowledge, well, you can also visit moose hunting alaska. Keep up the good work.
15 October 2021 at 21:35

vosinsurance said…
I am heartily thankful to you that you have shared important and essential information with us. I got some different kind of knowledge from your webpage, and it is very much important for everyone. Thanks pls visit our website guided grizzly bear hunts
10 November 2021 at 03:00

tripmegamart said…
I found decent information in your article. I am impressed with how nicely you described this subject, It is a gainful article for us. Thanks for share it. travel portal development cost online
17 November 2021 at 20:12

Dynamic Packaging Software said…
Great job for publishing such a nice article. Your article isn’t only useful but it is additionally really informative. Thank you because you have been willing to share information with us.Travel Portal System With Dynamic Packaging
22 December 2021 at 08:29