The Bengal forest department has received an approval from the National Tiger Conservation Authority to bring in three tigers to Jaldapara National Park as part of a programme to increase the big cat population in the region.

The forest department had sent a proposal to the NTCA last year and the permission came in December, officials said.

In October, the NTCA had given a similar approval for Buxa Tiger Reserve, which is adjacent to the Jaldapara forest.

"Earlier, we had received NTCA's approval to release three tigers in the BTR. Recently, we got an approval to bring in three tigers (one male and two females) to Jaldapara as well. Initially, the tigers would be kept in an enclosure and deer would be released inside it to create a prey base. Once the tigers adjust to the conditions in Jaldapara and BTR, we will think of releasing them in the wild," Pradeep Vyas, the chief wildlife warden, told Metro over phone.

Foresters, however, said it was yet to be decided when and from where the tigers would be brought to Jaldapara. 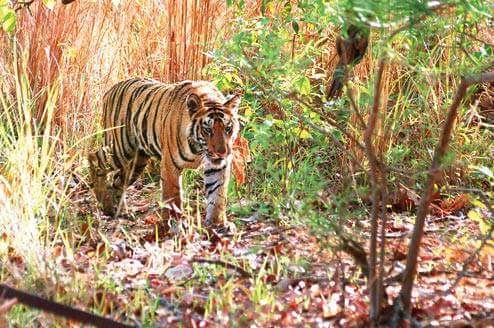