This four years old boy child died due to major injury on his head while his father sustained major fractures after falling from Roti Ping.

In photo : The killer Roti Ping of Rangpo and the kid

Mela was to stop on Sunday officially but was inadvertently extended. Similarly in Kalimpong some days ago the rotiping had fallen off. Thereafter no mela in Kalimpong has been announced. 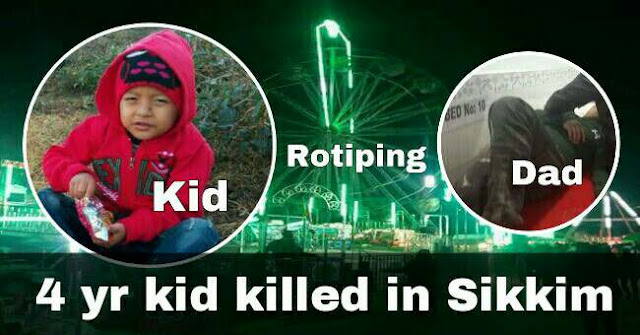