Since the devastating earthquake of 2011, chief minister Miss Mamata Banerjee has visited Darjeeling Hills several times but the financial aids, which she had announced the very next day of the earthquake for the victims, are yet to be distributed and reach the genuine victims in the hills.

On 18 September 2011, a devastating earthquake had hit almost all the northern parts of North Bengal and Sikkim including Darjeeling hills. In Kurseong,one person was killed and several others injured.

In the meantime, to help the victims, during that time several hands came forward.

On the very next day of the earthquake, the chief minister had visited Kurseong to take stock of the situation and assured that every possible help will be provided to the victims, anid had even announced a compensation of Rs 2,00,000 each for the deceased family members and Rs 50,000 for the injured persons.

Accordingly, later one dead and several others injured had been given compensation in Kurseong but at the same time there are still a few other victims, who are yet to receive the government's monetary aids.

Mrs. Anita Devi (34) and her now eight year old daughter, Anjali Kumari, resident of Dhobi Khola, Kurseong are among the victims who had been badly injured in the earthquake and they had also been hospitalized.

But despite the frequent visits and submission of related documents by the victims to the department concerned, they have not been provided with any government aids so far.

Mrs. Devi said, We come from a poor family and our only source of sustenance is from my husband who runs a small business. In the devastating earthquake, I and my now eight year old daughter had received severe injuries. My daughter had suffered severe head injuries while I am still suffering from backbone problems that I got due to the earthquake. For my daughter's medical diagnosis, I had taken loans from several people which is weighing on me presently. If the announced government aid is given to me, it will be a good and will be of great help for to us. However, so far I have not received any monetary aid as announced by the government even after having visited many offices concerned, one after the other seeking the announced monetary compensation."

Importantly during the incident, these two victims' photo sand visuals were the headlines of the print and electronic media but unfortunately they are the ones who are yet to receive the aid announced by the state government. As per the district administration sources, they have already released several crores of rupees for the earthquakes victims in the hills but even then there are some more victims, who are yet to receive any financial aids as announced by the chief minister. 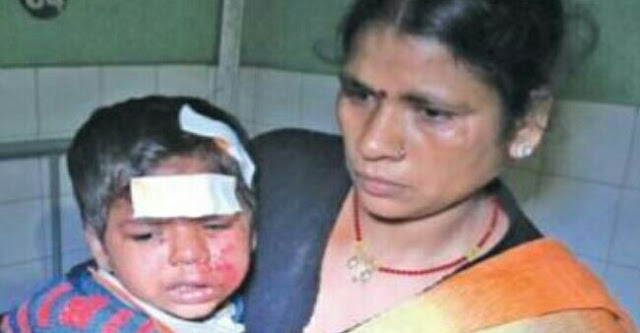