At least 39 passengers were killed and over 100 injured when the Hirakhand Express, plying from Jagdalpur in Chhattisgarh to Bhubaneshwar in Odisha, derailed near Kuneru railway station in Andhra Pradesh’s Vizinagaram district late on Saturday night.

The incident occurred around 11.30 pm, while the train was passing by Kuneru railway station. Apart from the engine, seven coaches – comprising the luggage van, two general compartments, two sleeper coaches, an AC three-tier coach and an AC two-tier coach – were derailed. While four coaches fell on an adjacent goods train, two sleeper coaches (S-8 and S-9) and a general coach were completely crushed under the impact of the accident.

“There would have been more casualties if the goods train hadn’t bore the brunt of the derailment,” a railway official told mediapersons. The train had 22 coaches.

Many bodies had been recovered from the rubble by Sunday morning, and the injured were rushed to the Parvathipuram and Raigarh government hospitals. “The general compartments and the S-9 sleeper coach were the worst damaged in the incident. We believe at least eight others are still trapped inside the crushed bogies. Efforts are on to rescue them,” the official said.

Update: Death toll is expected to reach 50 as bodies of trapped passengers being taken out. 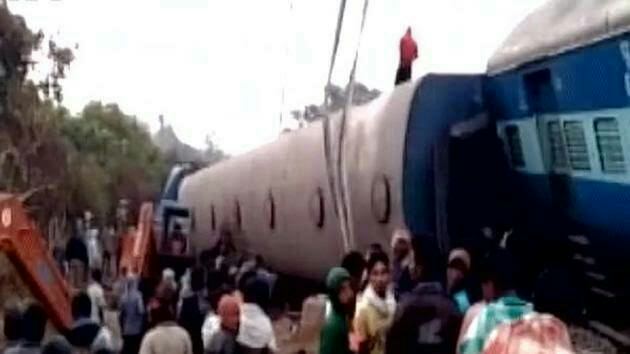