Amarnath Yatra To Begin on June 29

The 40 day long annual ‘yatra’ to the holy cave shrine of Amarnath in South Kashmir Himalayas will commence on June 29, the shrine board said on Monday.

This year’s yatra will be shorter by eight days against last years 48 days.

“To safeguard the safety and security of pilgrims, the Shri Amarnath Shrine Board (SASB) has decided that the yatra will start on June 29 and conclude on Shravan Purnima (Raksha Bandhan) on August 7,” an official spokesman said in Jammu.

Jammu and Kashmir Governor and chairman of SASB N N Vohra presided over the 32nd meeting of the shrine board held in New Delhi on Monday.

It said pilgrims will be allowed to register date-wise and route-wise for this year’s yatra considering the existing tracks and available infrastructure can handle 7,500 yatris, each day.

The CEO has taken steps for registration of pilgrims through 433 bank branches and has put out advertisements to advise those coming to the shrine to get their compulsory health certificates.

Advanced registration for the journey will start on March 1, the spokesman said, adding the CEO will take steps to ensure uninterrupted telecom connectivity in the yatra area.

The Board has asked all pilgrims to take precautions for the harsh climate and terrain on the route to the shrine.

It has reviewed the 2017 Yatra Action Plan, including arrangements for medical care, installation of railings and of garbage in a scientific manner. 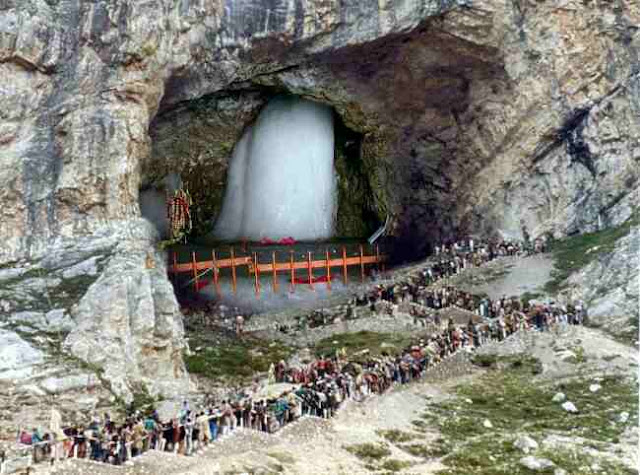