At least seven persons were killed and forty-two others were injured in two deadly road accidents at different locations in West Bengal, reports said.

According to reports, a speeding car suddenly lost its control and fell into a roadside pond in Asansol's Jamuria in Burdwan district of West Bengal on Friday midnight, killing its three passengers and leaving three others injured.

The deceased have been identified as Rahul Yadav, Harendra Yadav and Mahendra Dokaniya, police officials said.

Meanwhile, at least four persons were killed and forty other passengers were seriously injured when a luxury bus, returning Domjur in West Bengal's Howrah district from Puri in Odisha, crashed into a trailer, parked beside road, on NH-6 (Kolkata-Mumbai highway) at Kulgachia in Howrah district today morning at 3am.

According to police reports, three of the four killed have been identified as Pradip Jana, Rabin Mondal and Koyel Ghuku, while identity of the remaining one is not known yet.

After being injured, all injured passengers were rushed to Uluberia Hospital nearby.

Police have seized both the bus and truck, while drivers of these two vehicles are still absconding. 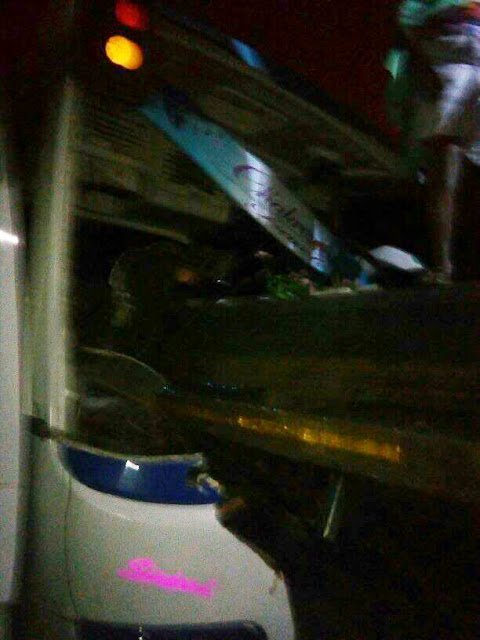