Youth attacked by leopard in Dooars while returning home after work

A 21-year-old youth was injured in a fight with a leopard that attacked him while he was returning from work in Dooars yesterday evening.

Suman Roy, who lives in Leesh River Tea Estate in Malbazar subdivision of Jalpaiguri district and works as a daily labourer, was attacked around 5.30pm while he returning to Kalagachi labour line where he stays with his brother.

Subhash Roy, Suman's brother, said: "Suman was riding his bicycle through the plantations after work. Suddenly, a leopard hiding in the bush pounced on him. He fell off his cycle as the animal mauled him on the face, back and shoulder."

"Despite being injured, my brother got up and attacked the leopard. He bit one of its ears and punched hard on the big cat's face at least twice. The animal got perplexed and fled the spot," Subhash added.

"Later, some local youths who works with Suman came from behind him and spotted him. They informed me about the incident. I rushed with some other workers and found Suman squatted at the spot with blood oozing from his injuries. We rushed him to the health centre at the tea garden," the brother said.

Later, Suman was taken to the subdivisional hospital in Malbazar where doctors gave him an anti-rabies drug and some other medicines and was released from the hospital in the afternoon, Subhash said.

"The injury marks caused by the claws of the leopard are deep. Doctors have put medicines and bandaged those but it would take some time for him to recover. He had acted in defence yesterday but now he is in a state of shock and needs rest," Suman's friend said.

A trap has been put to nab the leopard after yesterday's incident, forest source said. 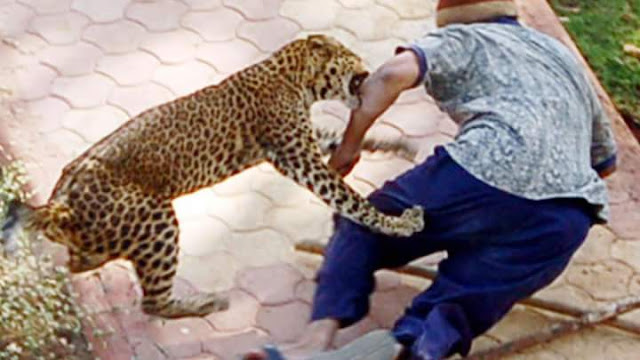