- December 06, 2016
One person was killed in a tragic road mishap here at Dikchu New market North Sikkim on the intervening night of 05 December at around 10:30 pm when a Tata Tipper plunged down around 200 feet below the road. The accident was so tragic that it had flattened the kitchen area house and the toilet belonging to Prem Rai of Dikchu New market with the belongings inside the kitchen was totally damaged and swept away. The driver of the ill-fated tipper Rajen Pankoti, 52 years was a resident of Jaigoan who died at the spot while other occupant Arjun Sharma 23 yrs of Rongli Darjeeling sustained with injury as he was given first aid at Dikchu PHC from where he had been referred to District hospital Mangan. The vehicle SK-03 D 0321 belonging to Abhyudhya Company was plying to Siliguri from Thangu North Sikkim laden with sheets made of barrel. (Deepak Sharma, ILS) 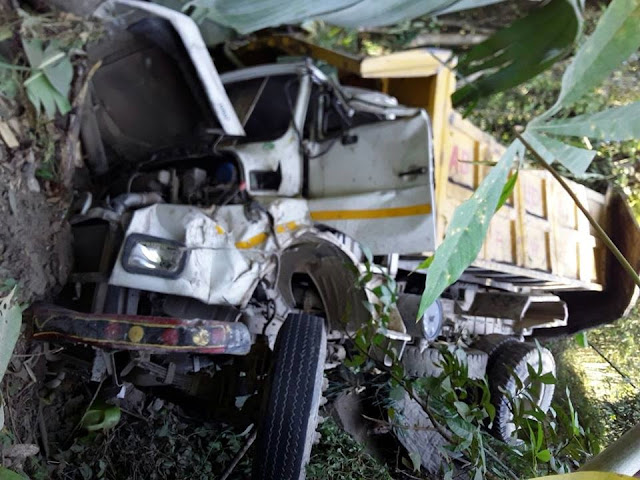