TRAGIC: Death of 18 Months Old Son of our Journalist Friend, Leaves Us All in Tears

We extend our heartfelt condolences to our dear friend Mr. Amit Khas Chhetri, who is a Journalist with Bharat Darpan, and his entire family.

Yesterday in a tragic accident, Amit and his wife lost their only child - 18 month old son Naman Chettri.

Tragedy can befall anyone, but the way it happened yesterday, makes one question of God is just.

After taking his bath, Naman was playing in his courtyard, his aunty (fupu) had come to visit and his mother had gone inside to prepare tea. While playing Naman went to his neighbours home next door. When Naman didn't appear even after 5 minutes, his aunt and mother became worried, and start looking for him.

Tragically they found Naman in a small ditch next to the house, where he had fallen. The ditch was only 4 feet deep, and had been temporarily dug to collect water to assist with the house repairs.

Naman had fallen into the ditch, and drowned. His family rushed him to Malbazar hospital, but the doctors there could not save him.

Amit was away attending a Journalist training course, and when the news reached him, he completely broke down, and has remained in a state of shock, so is his wife.

We cannot even begin to comprehend how this terrible tragedy could have befallen on such kind human beings, who have always gone out of their way to help others in need.

We pray to God to give them strength to overcome this terrible loss, and request all our readers to do the same.

May you come back to be with your parents again Naman... 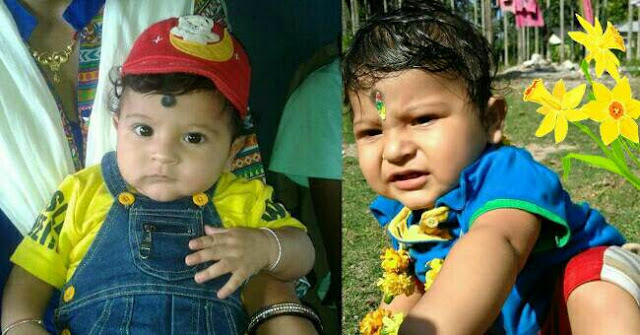