15 coaches of the train number 12988 have been derailed, starting from coach number 6 to 20, confirmed ADG PRO Railway Anil Saxena.

“There was fog at that section, but investigation is going on. Traffic has been affected on the Kanpur-Etawah route,” Saxena further added.

The incident happened near Rura-Metha railway station in Kanpur Dehat district around 5.20 AM on Wednesday, confirmed Indian Railways.

UP DGP Javeed Ahmed has confirmed the accident on Twitter. “Derailment near Rura Kanpur. Rescue operation over. 24 rescued admitted to hospital. No casualty so far,” he tweeted.
Following the accident, the Indian Railways has issued helpline numbers.

” The minister also ensured a thorough probe into the incident. Prabhu has also directed the senior officials to reach the accident site immediately.

“Ex-gratia will be paid to injured. All passengers are being provided with necessary assistance to ensure least inconvenience. Doing our best,” tweeted Prabhu.

Earlier on November 20, fourteen coaches of the Indore-Patna Express got derailed, killing at least 120 and injuring 200, near Pukhrayan in Kanpur district Uttar Pradesh. 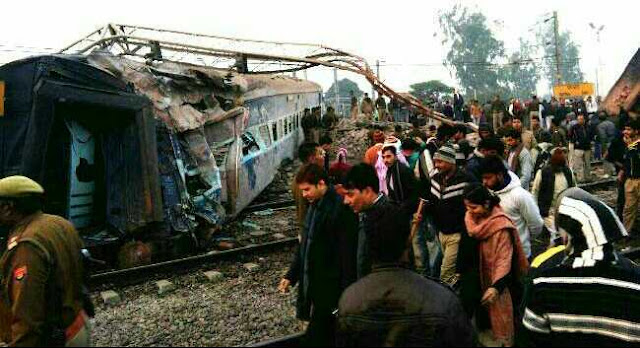 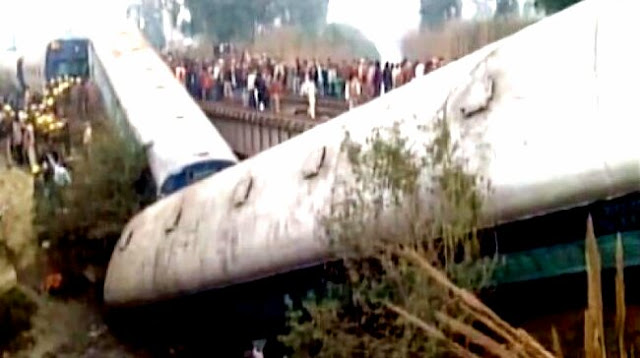