An Army Cheeta helicopter crashed on Wednesday while landing at Sukna Military Station at around 1130hrs. The helicopter was returning from routine familiarisation sortie. Three Officers were fatally injured and one Jawan was critically wounded in the accident. They were immediately rushed to Bengdubi Military Hospital.

Lt Col Rajneesh Kumar, Maj Sanjeev Lathar and Maj Arvind Bazala were declared dead and the condition of Sapper Dhamne Yogesh Bhaskar is critical. A Court of Inquiry has been ordered by the Army authorities to ascertain the cause of the incident. 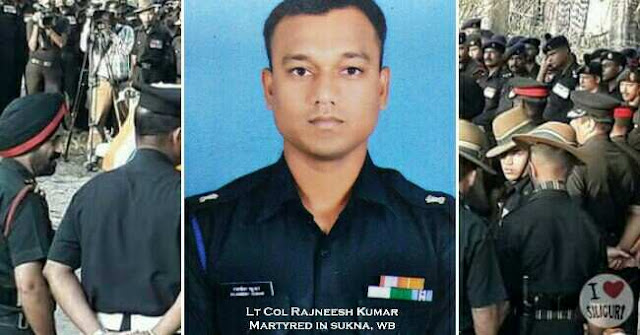