A small tea growers' association has written to the district magistrate of Jalpaiguri, seeking six months to let its members switch to a cashless mechanism to earn sales proceeds for their tealeaves.

In the letter, Bijoygopal Chakraborty, the general secretary of Jalpaiguri District Small Tea Growers' Association, has mentioned a series of impediments that have arisen since November 9, the day after Narendra Modi announced the demonetisation drive.

"First of all, most of our members do not have bank accounts. They hold smaller land holdings and are no better than marginal farmers in the agricultural sector. Their earnings have virtually stopped as they could not get cash from bought-leaf factories or self-help groups because these factories or groups in turn, could not withdraw cash beyond ceiling from banks," Chakraborty said.

For small growers who have bank accounts at branches of rural development banks or state cooperative banks, the cash crunch has taken a toll.

"Even though the groups or the BLFs are transferring funds to their accounts, they cannot get money because of the shortage of cash in most of the branches. In most cases, they are getting around Rs 2,000 from these banks. Not to mention the hardship that a section of growers needs to bear as they reside in remote villages that are far from banks," a senior member of the association said.

In the letter, the growers also mentioned that so far, none of the banks has set up mobile ATMs or kiosks or engaged representatives like a "bank mitra" in localities such as Mainaguri, Rajganj and Sadar blocks of Jalpaiguri district which are dotted with small tea holdings.

As a result, the growers said, they could not pay their workers. Many workers are shifting to other sectors because of delay in wage payment.

"Under such circumstances, we feel, it would take at least six months to ensure that the entire small tea sector and all its stakeholders get into the cashless system. We have written to the district magistrate to take up the issue at necessary quarters so that we can be provided with this relaxation," Chakraborty said.

In other north Bengal districts, the situation is similar. Wage payment is yet to be made in all the bought-leaf factories.

The small tea sector accounts for around 40 per cent of the total tea production of north Bengal, that is, around 140 million kg of tea in a year. 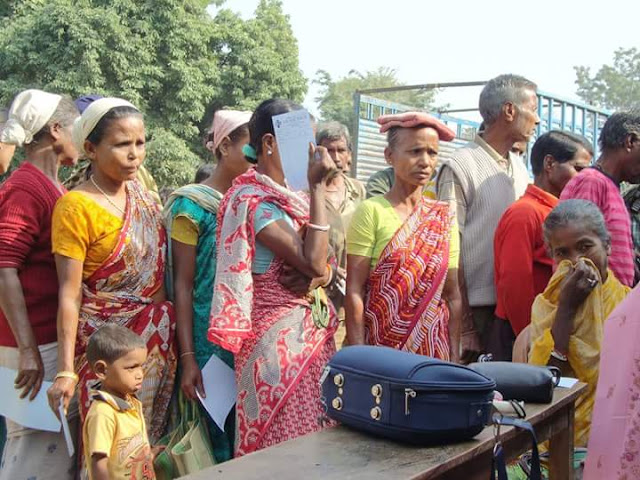