Sikkim witnessed its first snowfall of the season on Sunday night.

The snowfall was reported at Lachen (in picture by Prabin Khaling) and Gurudongmar lake in North Sikkim on Sunday and at Nathu-la and Chhangu Lake in East Sikkim on Monday.

A couple from Calcutta said: "It was a wonderful experience to see the snow. It was cold but we enjoyed the snow at Chhangu Lake."

This is the first time that the Himalayan state has received snowfall so late. Generally, the state gets snowfall by November-end.

This year's fresh snowfall started around 10pm on Sunday in North Sikkim and continued till Monday afternoon, sources said.

A police official posted at Sherathang outpost in East Sikkim said Chhangu Lake had received snow on Monday morning and was covered with a thin white blanket. "Around 100 tourists enjoyed the snow on Monday afternoon" he added.

Meteorologist G.N. Raha said: "The temperature in North and East Sikkim was around one degree Celsius. The snowfall was accompanied by little rainfall. There was a fall in the mercury due to the western disturbances, a cold wave."

"The western disturbances which pass over the region during this time are comparatively weak this year than last year. But they are arriving gradually," he said.

A local tour operator, Rajendra Mukhia, said: "Business was less. The snowfall has come as a respite." 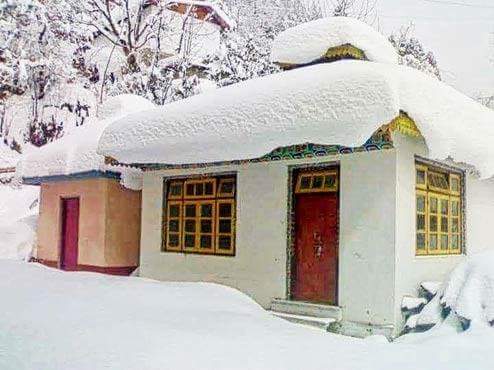