One Sukhbir Rai(56) of Pakang Busty under Gitabling Gram Panchayat Kalimpong Block 1 about 38 km from Kalimpong  was arrested by Kalimpong Police after he killed his own son Prakash Rai(30) yesterday night. The incidents which occur yesterday night after a quarrel arose between Father and Son at his home. The father was irritated as the son regularly use the plastic pipes purchased by father which the son used to take to his cardamom field. The Father Sukhir Rai assaulted his son with a wood on his forehead and face area many times after which the son condition became worse and was rushed to Gitabling Primary health centre after which he was referred to Kalimpong Sub Divisional Hospital but he succumbed to his injury on the way. His dead body was bought to Kalimpong Hospital where the body was declared bought dead and was taken back to his place overnight but today when all the news reached nearby area the fact of murder was known after which relative complained to Kalimpong Police Station. A team of Kalimpong Police reached the spot and arrested Sukhbir Rai this morning and bought him to Kalimpong Police station this afternoon. Meanwhile the body of the deceased has been sent to Kalimpong Hospital for autopsy. The murderer father will be forwarded to Kalimpong Court. 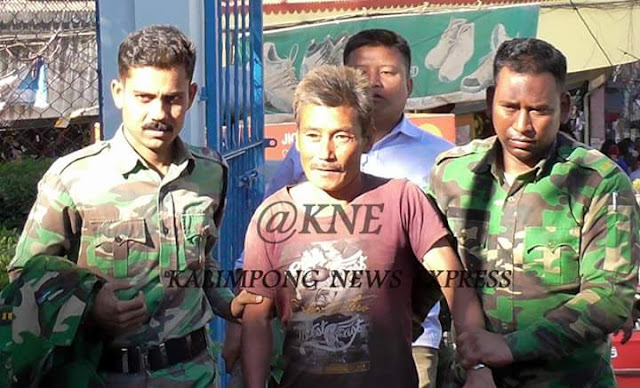