Actor-turned-Trinamool Congress (TMC) Lok Sabha MP Tapas Pal, who was arrested by the Central Bureau of Investigation (CBI) in connection with Rose Valley financial scam on Friday, was produced in a local court in Bhubaneswar on Saturday and sent to CBI custody for three days.

Receiving notice from the Central probe agency, Tapas Pal, along with his wife and counsel, attended CBI's office at CGO Complex in Kolkata's Salt Lake area on Friday noon and after a marathon interrogation of nearly four hours, he was arrested in the evening for his alleged connection with the chit fund firm under a case, registered in Bhubaneswar.

Following the arrest, CBI took him to Bhubaneswar at midnight and produced in a local court on Saturday morning.

However, Tapas Pal will be produced to the same court again on Tuesday (Jan 3). 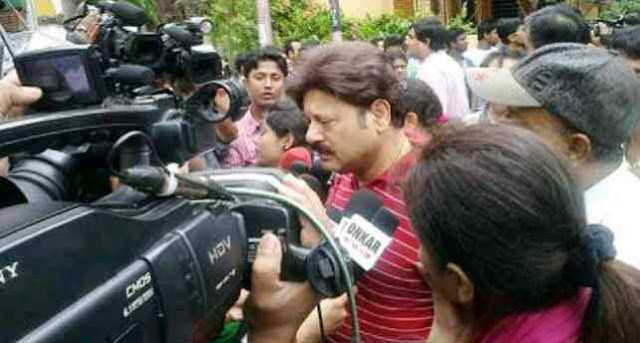