An RBI official has been arrested for illegally exchanging old notes, CBI sources said yesterday, throwing up the question of who shall keep the keepers at a time countless citizens cannot access their own money in the banks.

The RBI, which is supposed to guide the country through the rapids of demonetisation, sought to downplay the disclosure by describing the official as "a junior functionary".

But the charge that an RBI official himself sought to game the system resonated on a day the Opposition asked how so many people were managing to get bundles of new notes when law-abiding citizens had to make do with a rationed amount of their own savings.

Former finance minister and Congress leader P. Chidambaram said in Nagpur: "I can't get a Rs 2,000 note, yet crores in Rs 2,000 notes found their way to individuals being raided all over the country. The government has ordered the income tax department to investigate. But it is a major crime and there must be a criminal investigation into this."

K. Michael, a senior special assistant of the issue department of the RBI in Bangalore, was arrested on the charge of converting Rs 6 lakh of demonetised notes for a friend.

His name cropped up during investigations following the recent arrest of Parashiva Murthy, a cashier at State Bank of Mysore's Kollegal branch in Chamrajnagar, 150km from here. Murthy was arrested on December 6 for allegedly exchanging Rs 1.5 crore without proper documentation.

The RBI official allegedly exchanged old notes of Rs 1,000 and Rs 500 denominations for that of Rs 100 with the help of Murthy from the currency stock in his bank. It wasn't immediately known if Michael played any role in exchanging the entire Rs 1.5 crore.

A court today remanded him in CBI custody for six days. The RBI has suspended Michael pending investigation. 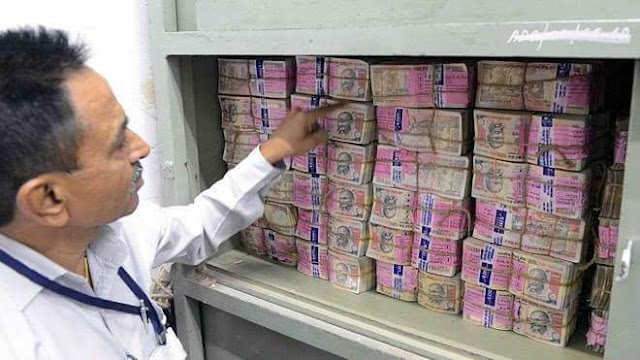