According Civil Aviation Authority sources, the ATR-42 plane with 47 passengers went missing from the radar near Havelian while it was on its way to Islamabad.

The plane took off from Chitral around 3:00PM but communication with the control tower was broken around 4:30PM, shortly before it was about to arrive at its destination.

A CAA spokesperson said search for the missing plane was underway.

CAA sources confirmed a mayday call from the pilot to the control tower shortly before it lost communication with the plane.

A statement from the PIA confirmed that the plane had gone missing, but did not confirm the crash.

"We regret to inform that PIA's ATR-42 aircraft operating as PK-661, carrying around 40 persons lost its contact with control tower on its way from Chitral to Islamabad a short while ago. All resources are being mobilised to locate the aircraft. Media will be kept informed as situation develops," said the PIA.

Eyewitnesses said they had seen a plane crash in a hilly area near Havelian, near the Ordinance factory. Clouds of smoke could be seen rising from the area of the reported crash.

Ground rescue teams had been sent to the area, sources said. The Inter-Services Public Relations said that army contingents and helicopters have also been dispatched for rescue operations.

According to a list of passengers issues by reports, popular personality Junaid Jamshed and his wife were also on the ill-fated plane.

Jamshed, a former musician turned religious preacher and 'naat-khwaan', was in Chitral and his name was among the list of passengers on board the flight. According to list, Jamshed was on the seat 27-C.

Jamshed's brother has confirmed that Jamshed was onboard the ill-fated plane.

Pakistan has had a poor air safety track record in recent years.

In 2012, a Bhoja Airline plane, a Boeing 737 carrying 121 passengers and six crew members, crashed near Islamabad just before touchdown.

The worst aviation tragedy on Pakistani soil came in July 2010 when an Airbus 321 passenger jet operated by the private airline Airblue crashed into hills overlooking Islamabad. The flight was coming in from Karachi.

All 152 people on board were killed in the accident, which occurred amid heavy rain and poor visibility.

Another deadly civilian plane crash involving a Pakistani jet came to pass in 1992 when a PIA Airbus A300 crashed into a cloud-covered hillside on its approach to the Nepalese capital Kathmandu, killing 167 people.

—This is a developing story and will be updated as soon as further details are received. 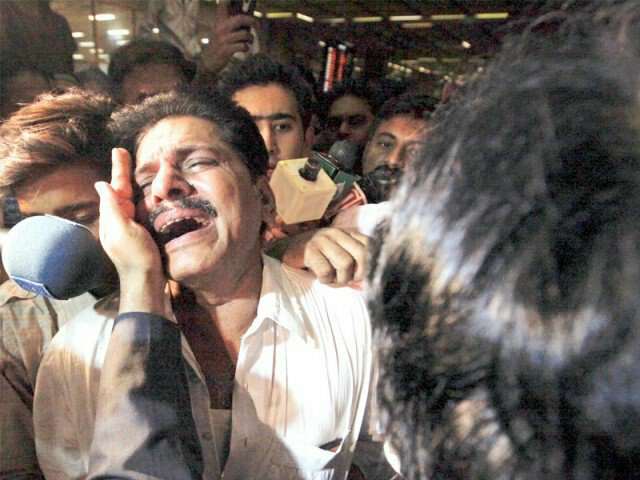