She could have chosen a comfortable life practising law but Abhaya Subba Weise opted to take a path riddled with uncertainties and set a mark as the first woman from Darjeeling to start her own rock band.

Abhaya who has performed with bands such as Parikrama, Red, The Skywalkers and Panchtatva in mid-nineties broke all stereotypes by starting her own band Abhaya and the Steam Injuns in 2003.

"I was interested in rock music because I had grown up listening to Mr. Big, Pink Floyd, Guns N' Roses and Metallica. Rock shows attract huge crowds and their performance on stage sets my adrenaline pumping," she said.

With an increase in the number of clubs and pubs, demand for live music has increased making the profession financially viable, she added. Music and deejaying are now among the hot career options for many girls from the hills.

Owners of professional music schools have identified the pulse of the young generation. They say aspiring musicians from the hills are skilled.

"Hill youths are good musicians but without formal training of practice and theory, they go no further. Today there is a lot of scope for boys and girls who want to learn Western music. We want to guide them in the right direction so they can pursue it not as a hobby but make a good career in music industry," said Clement Britto who started the School of Rock affiliated to Rock School UK at Kalimpong in 2012.

Monalisa Rai, who hails from Kurseong and is a lead singer of a Delhi-based band RigMona since two years, says there hasn't been an idle weekend.

"Social media has helped tremendously to promote our band. We keep getting offers for gigs through our social media accounts and there hasn't been a single weekend when we have not performed. Moreover, the audiences love female musicians because it allows the band to perform a variety of songs," she said.

RigMona is group of four, including three men, and has come out with two music videos - ordinary lover and we all believe in love.

Sonika Lama from Darjeeling is another woman who opted for an unconventional career and started as a radio jockey in late 90's and now is popularly known as Deejay She.

"Deejaying was a relatively new career option when I started. Except for a three week crash course from an international deejay I had not received any formal training. I learned while on the job. However, the scene has changed today and one can now get trained at an institute," said Sonika, who performs across the country.

"Earlier, only big cities boasted of thriving nightlife but recently a good number of clubs and pubs have come up in the region too. The uncertainties associated with the profession are no longer there. More girls from hills wants to become deejays now," Sonika said.

Ekta Subba popularly known as DJ Rachel is also from Kurseong and at present is a resident deejay at Taj Palace Delhi and freelances too.

"I was in the middle of my deejaying course when my father expired. I could have taken up his job in a bank but I chose to complete my deejaying course as nothing interests me more than music. My advice to young girls is that people may doubt your skills but always follow your heart and do what you love," said Ekta.

Prem Kiran Dan Gurung, owner of Elim Melody Academy in Siliguri, says the changing taste of audiences in music has encouraged youngsters to make a career in the music industry. 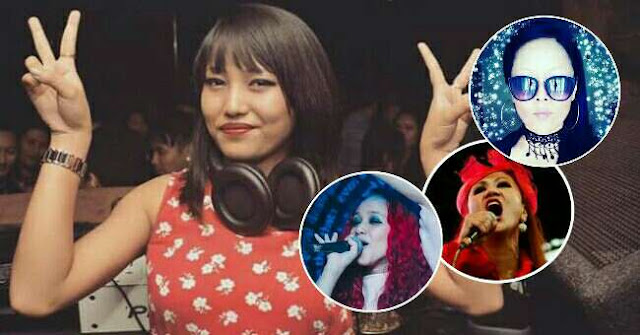