The Centre will not extend the deadline of December 15 to use old 500 rupee notes for certain activities such as paying utility and hospital bills and purchasing cooking gas cylinders.

“Exemptions for use of old Rs 500 notes will end on 15 Dec midnight,” economic affairs secretary Shaktikanta Das tweeted. “There will be no extension,” Das told TOI and said people can deposit the old 500 and 1,000 rupee notes at bank branches.

The Centre had withdrawn the facility to use old Rs 500 notes at petrol pumps from the midnight of December 2.

The decision was taken after an assessment that the exemption was being grossly misused to launder black money and that scrapping it will not affect movement of goods. It had also stopped the use of old Rs 1,000 notes.

The Centre had allowed use of old Rs 500 notes for a string of activities up to December 15 midnight. This included for making payments in government hospitals for treatment and pharmacies there for buying medicines with doctor’s prescription.

One could also use the old 500 rupee notes for purchase at milk booths operating under central or state governments, for mobile recharge, payments at crematoria and burial grounds.

The government had earlier withdrawn some of the relaxations such as booking railway or plane tickets using old Rs 500 notes.

It had allowed the use of old 500 and 1,000 rupee notes for some specified activities for 72 hours after it announced the cancellation of the legal tender status on November 8.

The deadline was extended to December 15 later on. 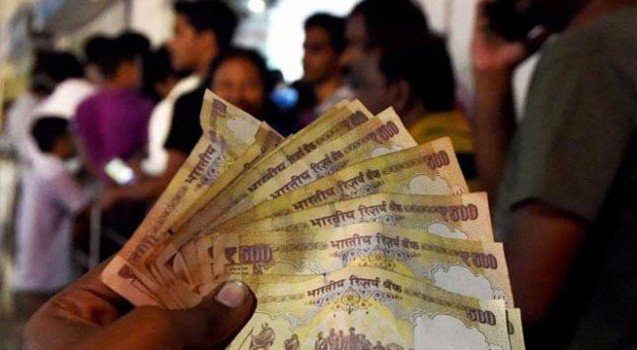