A truck what we say as Punjab body was rolling towards checkpost from Champasari. Just as it crossed Mahananda bridge a cyclist a daily worker got disbalanced and tilted right and got trapped on the back tyres of the truck. Truck driver had no idea of it and kept plying. When he heard noises from back and not knowing or knowingly speeded of and stopped the truck near Checkpost and fled.

Police and ambulance is at spot. The body was trapped between the two tyres of the truck. Somehow it has been taken out. Locals caught the helper who was in the truck and thrashed him. The dead has not been identified yet. We will post his pic soon. Do SHARE and help us indentify him. 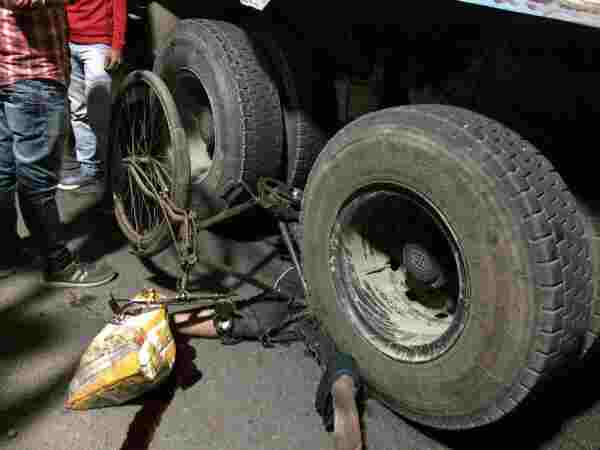 Laura Bush said…
I'd like to express my gratitude for writing such a helpful article. This article provided me with some useful knowledge. Thank you for sharing that. Keep up the good work. most dangerous zodiac signs
12 November 2021 at 22:39