Terming demonetisation as the biggest scam in independent India, TMC chief Mamata Banerjee said on Thursday, her party would hit the streets with the slogan "Modi hatao, desh bachao", with the sole intention to oust Modi from power, from 1- 8 January, as the country is not "safe" in the hands of a person who has been "baptised in politics through communal riots."

“Now Alibaba and four aides are taking all decisions, even the finance minister doesn’t know it. Only God knows what is happening in the country. They are bulldozing the people, the country and even their party (BJP),” the West Bengal Chief Minister said in a dig at Prime Minister Narendra Modi.

Banerjee who presided over the extended core committee meeting of TMC said, "The Modi government which is talking about cashless economy has become faceless. Modi government is very good to those who are really black...Our party's only slogan will be 'Modi hatao, desh bachao.”

Claiming there is no money in banks, she said, "A person who has no credibility can't lead a country like India. The decision (demonetisation) has led to economic disaster in the country."

Banerjee said Modi government did not make any statement on a big decision like demonetisation in the Parliament, the temple of democracy. 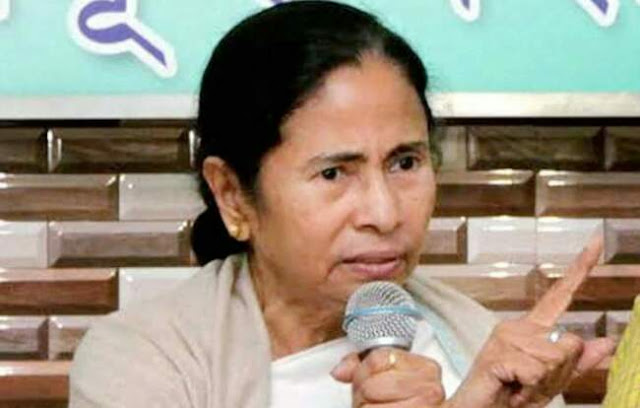