Dead body of a leopards baby was recovered from Sevoke area last night at 8pm.

First it was spotted by locals which later informed the forest department.

The body was found just a little before the Indian Oil Pump at Sevoke near the forest check post gate.

Reasons of its death is not known but some injury marks were spotted on its face. 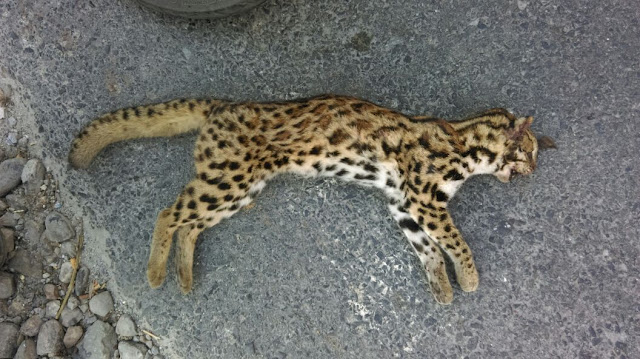