The high court yesterday directed Gorkha Janmukti Morcha chief Bimal Gurung and other senior leaders of the hill party not to leave Calcutta without permission during the trial of a murder case they are accused in.

The high court directed the CBI to hand over copies of the chargesheets to the 23 accused by January 17. It asked the CBI trial court to fix a date for the consideration of the charges before February 1.

The development comes a few months ahead of the panchayat and municipal elections in the Darjeeling hills and the polls to the Gorkhaland Territorial Administration (GTA).

The Morcha has been the dominant force in the hills for years but in the Assembly elections earlier this year, its winning margins in Darjeeling, Kurseong and Kalimpong came down drastically.

Although the Morcha runs the GTA and the civic bodies in the hills, Trinamul has been making steady inroads into the region.

Sources said the presence of the senior leadership in the hills during the elections was crucial for the Morcha.

The Calcutta High Court division bench of Justices Asim Kumar Roy and Malay Marut Banerjee yesterday granted anticipatory bail to the 23, but set conditions that include taking the permission of the CBI court that will hear the murder case before leaving the city. The bail will be cancelled if the conditions are not adhered to, the high court said.

The accused will have to surrender before the CBI court in Calcutta within three weeks so that they can obtain the anticipatory bail. 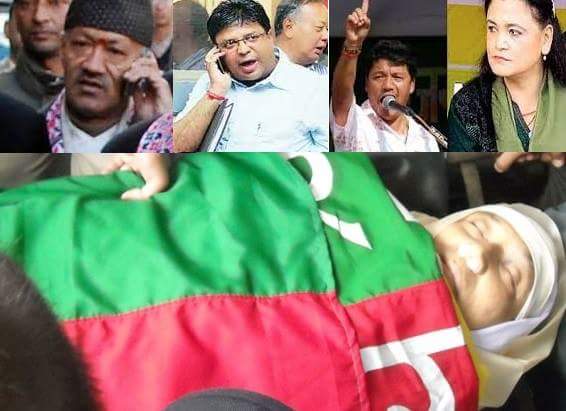