The proposed expansion of Bagdogra airport that would have allowed for a new terminal building and apron in Siliguri has hit a land hurdle and may have to be scaled down, the Airports Authority of India said yesterday.

Guru Prasad Mohapatra, the chairman of AAI who was here on a two-day visit and held meetings with state government officials and the Indian Air Force, said 100 acres was required for the expansion.

"There is, however, severe limitation of land here," Mohapatra said. "On the one hand, the number of passengers is increasing by 35 per cent in Bagdogra a year and has crossed 1.1 million. We need to take up elaborate plans to expand the terminal building to accommodate passengers. Also, infrastructure like aprons, hangars, an extended cargo area and parking lot are required," he said.

"As it appears that we would not be able to get the required land, we will have to scale down our expansion plan," the official added.

The AAI chairman, along with the secretary of the Union civil aviation department, met chief minister Mamata Banerjee recently, and requested for additional land.

"She has told us to speak with state officials. Accordingly, a meeting was held here in Bagdogra yesterday where the principal secretary of the state transport department and some other officials, along with officials from the IAF, were present. Though elaborate discussions were held, there was no final decision as how much land the state can provide us. We look forward at the next meeting, likely to be held in two to three weeks," the AAI chairman said.

The AAI sources said they had also approached the IAF - the airport is a civilian enclave as the runway and the air traffic control are under the IAF and the Bagdogra Air Force Station is close to the airport.

"Altogether, it seems that the state and the IAF together can, at best, provide around 50 acres to us," an AAI source said.

Sources in the administration, who were privy to the meeting, said if the AAI needed more than 50 acres, then the state government would have to acquire land, a policy Mamata Banerjee is against.

The AAI does not acquire or purchase land required for airports. It approaches state governments that hand over the land.

AAI officials said the plan was to build a terminal building that would be four to five times the size of the current building.

"We have to chalk out our plans while keeping in mind the expansion of the sector in the future. If we build a building that is only double in size of the existing one, the new building would become congested within two to three years," Mohapatra said.

In total, he said, the AAI had plans to invest around Rs 1,500 crore for the expansion, of which around Rs 500 crore would be invested in the first phase.

Once handed over the land, the AAI would take two to three years to complete the construction.

As of now, the two-storied terminal building can accommodate around 400 passengers.

However, as most flights here operate from 11am to 4pm, the building gets congested with at least 1,200-odd passengers in these hours.

On average, around 13 flights operate from Bagdogra airport every day.

On being asked about the state's attempts to open non-functional airports such as Cooch Behar, Balurghat and Malda, the AAI chairman said bids had been issued for airline companies by the Union ministry of civil aviation last week.

"The companies will place bids and these are likely to be opened by January end. Only then, it would be clear whether there are companies which intend to run flights in these airports of Bengal," he said. 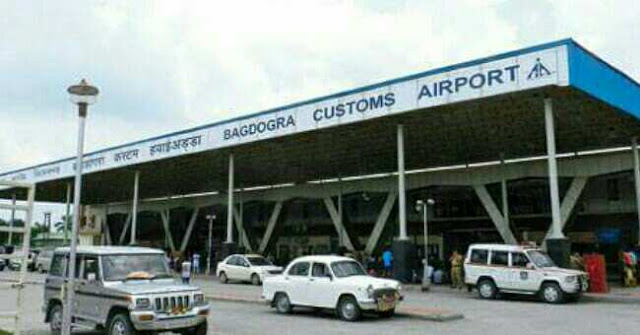