Fire Breaks Out At Howrah Station

A fire broke out at the old food plaza complex in Howrah station on Friday morning. As per reports, flames emerged from the kitchen of the complex. Four fire engines rushed to the spot and doused the flames. No casualty was reported.

The cause of the fire in not yet known but a faulty AC machine is suspected to be behind the incident. There was no adequate fire fighting mechanism in the complex, reported sources. The railway authority has initiated an investigation and the food plaza authority is likely to face action. 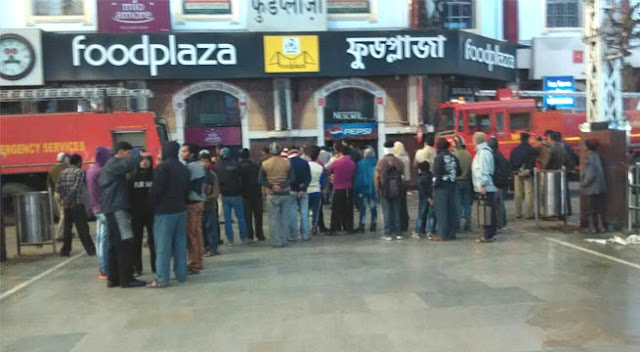