Toy train rides between New Jalpaiguri and Darjeeling resumed on November 26 after almost four months as most heavy vehicles that had been plying over the rail tracks along NH55 are now taking the Rohini Road.

The Darjeeling Himalayan Railway had stopped the rides in August after it was found that trucks passing through Tindharia on NH55 were going over the tracks as the alternative route, Rohini Road, had been shut for heavy vehicles after a slide in July. Rohini Road reopened in September.

"He asked the local authorities to resume the direct service of the toy-train between NJP and Darjeeling. So, we started the service from November 26," a DHR official said. "Although heavy vehicles ply on NH55, the number is few now. This is because most trucks have started taking Rohini Road after it reopened."

Trains ply from NJP to Darjeeling every Monday, Wednesday and Friday and from Darjeeling to NJP, trains ply every Tuesday, Thursday and Saturday.

"Once the holiday season begins later this month, we will operate trains on a daily basis," the DHR official said.

The NH55 that connects Siliguri and Darjeeling has been shut to heavy vehicles after 150m of the highway collapsed following a slide at Tindharia in September 2011. The toy-train tracks that run# parallel to the road were also washed away. The NJP-Darjeeling service resumed in February 2014 but NH55 is yet to be restored and trucks have been taking Rohini, Mirik and Mungpoo routes. Rohini is the most preferred route. In July, after Rohini was shut, Darjeeling Truck Drivers' Association (Kurseong unit) demanded that they be allowed to use NH55 through the DHR tracks. The road was opened on August 22 but the train rides were stopped. 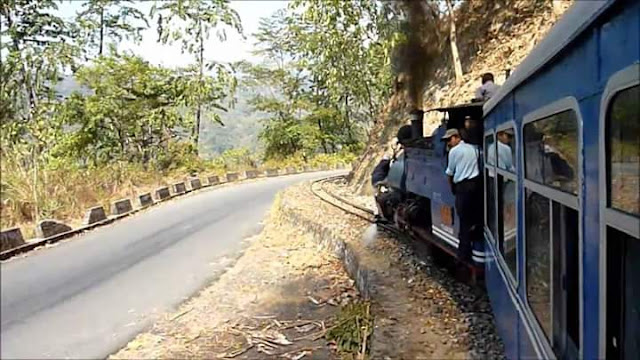