Collision between bike and car took place at Ganesh Ghosh colony near Champasari Mahananda bridge. A person on bike gets hit by a car. With serious injuries on his head the biker died on spot said locals. The car has been seized by Pradhan Nagar Police Station. Now traffic is normal.

Eyewitness says the biker was not wearing the helmet. His helmet was hanging beside him. 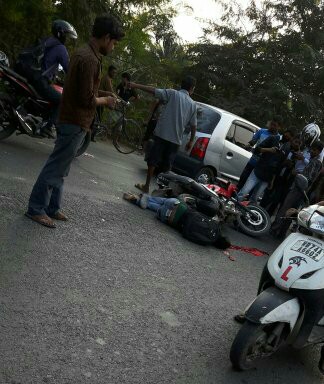 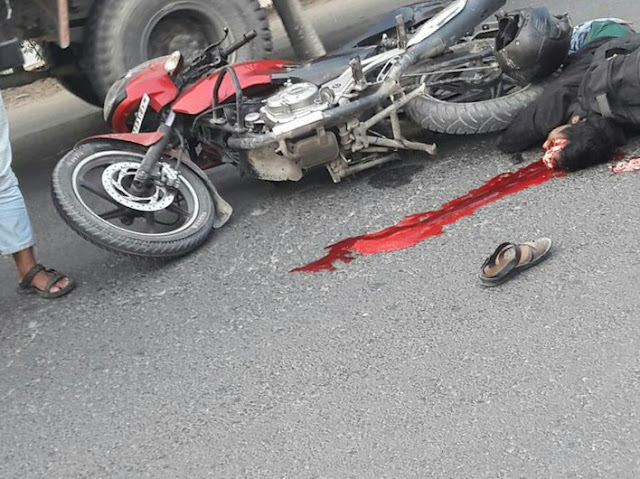 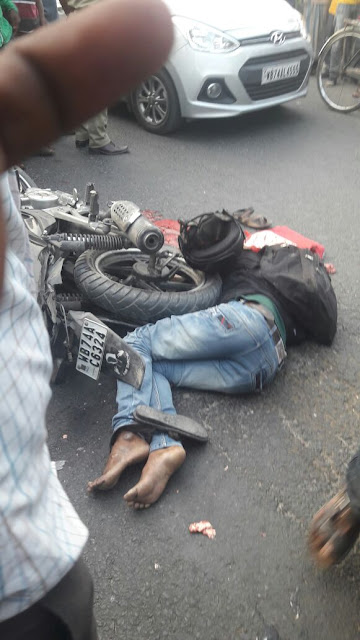 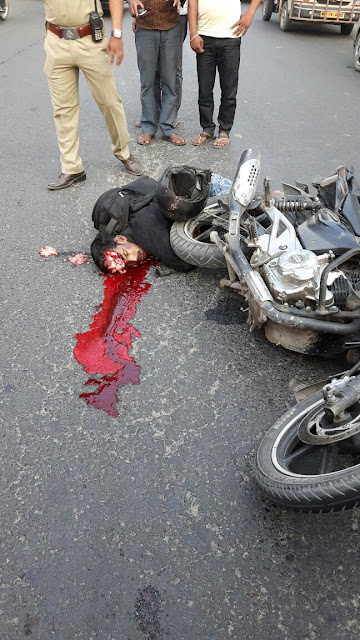