Amid growing protest by opposition against demonetization, Bihar Chief Minister Nitish Kumar on Saturday again voiced support to the Modi government's decision, saying it is a positive step which will lead to benefits.

"This 'notebandi' is a positive step which will lead to benefits. It will happen," he said addressing a JD(U) meeting, where differences in the party came in the open as former party chief Sharad Yadav targeted the Modi dispensation over demonetization.

Terming corruption and black money as a big sin and a "festering wound" which must be eradicated, Kumar said, "Severe steps will have to be taken. That is why we offered our support to this (demonetization). It is a positive beginning."
The JD(U) president also refrained from any criticism on the implementation issue, which has been vociferously raised by the opposition.
He, however, added that demonetization alone will not end black money.
He asked Prime Minister Narendra Modi to also launch a crackdown on benami properties immediately and target black money hoarded in assets like gold and diamonds.
"Currency forms a significant part of black money but total black money is much more than that. The country's money has been laundered to overseas as well and that too should be brought back," he said.
Kumar's remarks in support of demonetization, which has united most of the opposition parties against it, came after Yadav hit out at Modi dispensation over the issue.

Yadav alleged the decision is aimed at capitalising banks that were "sinking" due to Rs 8.5 lakh crore of NPA and its goal is not to target black money.
The decision has forced entire country to stand in queue, said Yadav, who played an active role in rallying opposition's protests before Kumar declared his support to demonetization.
He, however, also spoke in the same vein that his party supports the step but is critical of the ill-prepared manner in which it was executed.
Kumar, however, did not touch on the implementation part of demonetization, merely saying that his government does everything with due preparation and so should the Centre.
"We support demonetization. It should be implemented with preparation. We do our work with full preparation. They (Centre) should also have done that.
"We said there can be nothing better if it helps curb corruption, bring out some amount of black money and illegal work is stopped to some extent," he said. 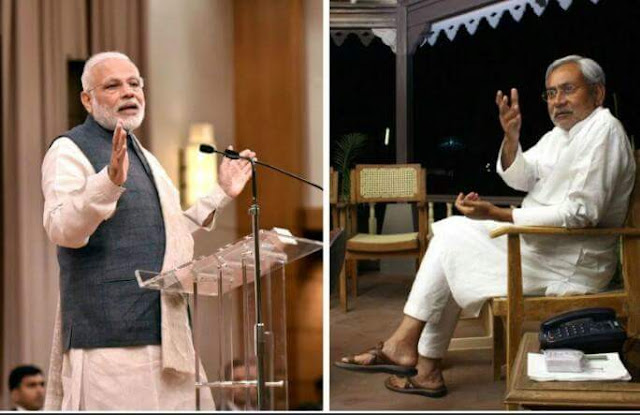