The police said the arrested persons couldn't disclose the source of the cash.

The five were produced in the court of the additional chief judicial magistrate here yesterday. Four have been granted interim bail and one person, who had a fake CBI identity card and claimed that he worked with the agency, has been remanded to police custody for five days.

Yesterday, a police team on a routine patrol on NH31 came to known that some people had been seen near the mall with a considerable amount of cash.

"Our team acted immediately and intercepted the five near the mall. Each of them was thoroughly frisked and we could retrieve 127 notes of Rs 2000, that is, Rs 2.54 lakh," Indra Chakraborty, deputy commissioner of police, Siliguri metropolitan police, said.

During investigation, the police found all notes were original. "None of them could clarify where they had got the cash from. One of them introduced himself as an official of a central intelligence agency," Chakraborty said.

Those arrested have been identified as Ankit Singhal from Pranami Mandir Road, Shyamal Sarkar from Deshbandhupara and Sajal Ranjan Dey from Laketown - all are in Siliguri - and Sudarshan Sen of Durgapur and Malay Roy of Jagaddal, North 24 Parganas. Roy had introduced himself as a CBI official.

"We spoke with officials of the agency to verify his claim and it was found that he was an impostor. We are trying to take help of the income tax and other departments to know the source of the cash," a police officer said.

The four other arrested persons are traders.

Charges under Sections 419 (punishment for cheating by personation), 420 (cheating and dishonestly inducing delivery of property) and 34 (acts done by several persons in furtherance of common intention) of the IPC have been brought against the five.

"The court has ordered that the four persons should cooperate with the investigating officer and present themselves before him once a week. Roy, who had turned out to be an impostor, has been sent to police custody," Sudip Roy Basunia, the assistant public prosecutor of Siliguri, said. 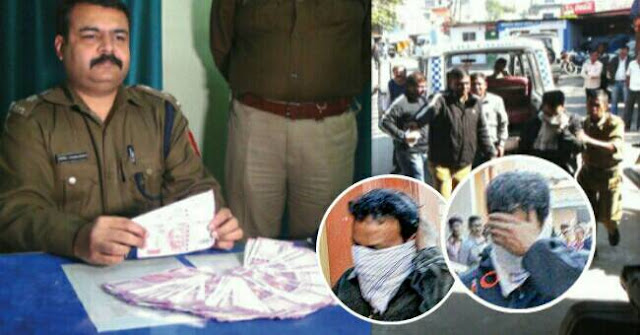