Two men who had allegedly stolen nearly 400 motorbikes in the region and sold them in Bangladesh in the past three years for more than Rs 45 lakh, were arrested from here last night.

Police said with the arrest of Medal Majhi, 30, a resident of Majhitar near Rangpo in Sikkim, and Paran Biswas, 32, from Chapadanga in Malbazar, Jalpaiguri district, they had busted the biggest theft gang in the region in recent times.

Amit P. Javalgi, the superintendent of police of Darjeeling, said the duo had been picked up from Alubari Road in Darjeeling last night. "They were arrested while riding on a stolen Hero Achiever bike bearing registration number WB-72 H 3900. The bike had a broken handle and it didn't have legal documents. A master key was also recovered from their possession along with 53gm of narcotic substance which we believe could be heroin," said Javalgi.

The SP said Majhi used to lift the bikes and sell them to Biswas for rates ranging between Rs 13,000 and Rs 16,000. Biswas would then sell the bikes in Bangladesh for anything between Rs 20,000 and Rs 25,000 depending on the model and the condition.

"During interrogation, the accused have admitted that their areas of operation were Sikkim, Darjeeling and Jalpaiguri district," said Javalgi.

The duo had lifted 150 bikes from Sikkim, 75 from Matigara police station area in Siliguri, 65 from Bhaktinagar, 35 from Kalimpong, 25 from Darjeeling Sadar, 15 each from Siliguri and NJP police area and five from Kurseong, said the police.

Javalgi said Majhi had been arrested after checking a CCTV footage in which he had been seen lifting a bike from the Eden hospital area in Darjeeling a few weeks back.

The police then circulated his image among different police stations and found Majhi, who used to stay at Mayrum busty in Algara, Kalimpong. 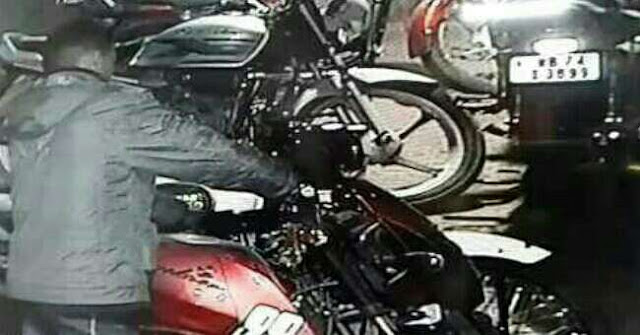