Woman on way to Kalibari falls into trench near Siliguri, rescued after 5 hrs

- November 06, 2016
A woman was rescued from a trench near the rail tracks, five hours after tripping into it, at Sahudangi in Jalpaiguri district last night. Additional Commissioner of Police, Siliguri police commissionerate, Mrinal Majumder said Sikha Ghosh had fallen into the trench, dug up for installing electric pillars, while crossing the tracks at sahudangi, in the outskirts of Siliguri, yesterday. As she raised alarm, locals came to her rescue but she could not be immediately pulled out of the trench as a cage of concrete-iron was already put inside at the base as part of the pillar construction work. Finally after five hours at around 11-11:30 pm, fire brigade and police with the help of drill machine operators managed to cut through the steel rod and rescued her, the officer said. Sikha, in her 40s, was now under treatment at North Bengal Medical College and Hospital and while she was under trauma her condition was stable otherwise, her family said quoting doctors. The family said she was on way to a famous Kali temple located on the other side of railway tracks from her residence when the mishap occured and blamed lack of modern disaster management equipment with the fire services and administration which caused the inordinate delay in her rescue. The local MLA was present during the rescue operation. (PTI - File Pic) 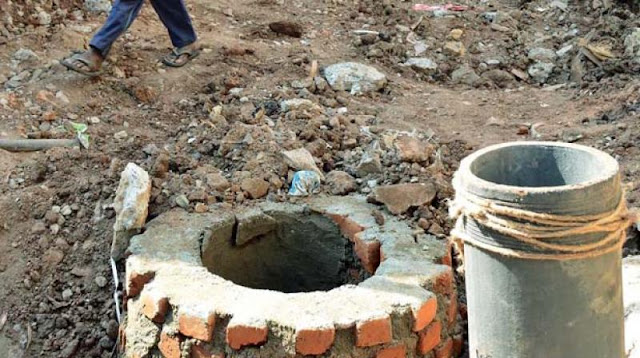