- November 16, 2016
The district administration has directed the Gorkha Jannmukti Morcha-controlled Darjeeling municipality to dismantle the top portions of three buildings that had allegedly been constructed in violation of the legally permissible height. Chairman of the civic body Amar Singh Rai termed the move "politically motivated", triggering the possibility of a fresh round of showdown between the Morcha and the state government in the hills. Relations between Mamata Banerjee and Bimal Gurung had turned topsy-turvy in September last year after the Darjeeling subdivisional office had issued notices to five buildings to stop work over doubts about their legalities and security aspects in terms of their location near Raj Bhavan.


On October 28 this year, the subdivisional magistrate of Darjeeling, A. Chatterjee, who is also the Sadar SDO, issued notices to the chairman of the Darjeeling municipality, asking him to dismantle the buildings of Amit Agarawal of Masani Group Pvt Ltd, Ugen T. Pulger and Nudoop Bhutia of Darjeeling Resorts Pvt Ltd within six weeks. The order says as per Rule 162 of West Bengal Municipality Building Rule 2007, hill municipalities can sanction building plan up to a height of 11.5 metres and civic bodies have to obtain prior approval of the state government for construction up to 13.5 metres. In his order, Chatterjee has said: "The chairman Darjeeling municipality is directed dismantle the excess height of the construction. This should be done within 6 weeks of receipt of this order." The SDM court has observed that in the past, despite orders as well as several reminders, the chairman had failed to submit reports on conformity/non conformity of several constructions. 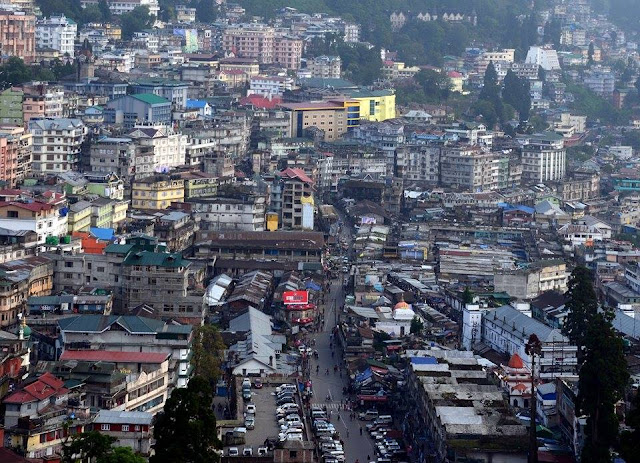 The order states that Agarawal's high-rise is 22 metres high, while Pulger's is 14.80 metres and Bhutia's 16.75 metres. All the structures are commercial complexes. Rai, the chairman, today said: "My office seems to have received the order on November 2 but since I was in Calcutta, I went through the order only on Saturday." "I am consulting my legal advisors. The immediate question that arises is why the administration has targeted only three buildings. I feel this is a politically motivated move. The Darjeeling municipality does not have the required infrastructure either to demolish buildings. The other important issue is if an SDM court can issue a directive to a municipality which is an autonomous institution," he added. Rai said only the municipality had the power to issue an order to dismantle the buildings.


Anurag Srivastava, the Darjeeling district magistrate, said: "Notices were issued to three buildings as the matter had come to our notice and no occupants had moved into these structures. If the municipality believes that there are more illegal buildings, it should issues notices for their demolition. We are ready to provide support to the municipality to demolish illegal buildings." He added: "The SDM has issued an order in conformity with the powers vested with him." Rai said the civic body had already cut iron rods of Agarawal's high-rise and demolished the rooftops of some other buildings. Representatives of two of the three buildings refused comment but informally said the law should be impartial.
(Telegraph, File Pic)
Darjeeling