Sweeper Finds Bag Filled With 52 Rs 1,000 Notes, Hands It Over To The Police

Two days after the demonetisation of Rs 500 and Rs 1000, a rag picker in Pune came across a bag full of Rs 1000 notes on Thursday. Shantabai Ovhal, a Pune conservancy worker came across a plastic bag when she was sweeping Kanchan Galli of college road. She picked it up and found 52 currency notes of the demonetised Rs 1,000 denomination in it.

Shanta bai called her contractor Khandu Kasbe and told him about the bag. They both went to the Prabhat Road police chowky and handed over the bag to sub-inspector Shilpa Lambe.

"As usual, I walked down Law College Road and started sweeping the lane. At 7am, I found the bag near a spot where people generally throw their garbage. I checked the bag and found the currency notes. At present, there is much hue and cry about the old currency notes, so I decided to call my senior officer," Shantabai said, as reported by The Times of India.

An inquiry will be conducted into the case. Shantabai said that as money did not belong to her, she couldn’t keep it and also as she did not know the source of those currency notes so she decided to hand them over to the police. 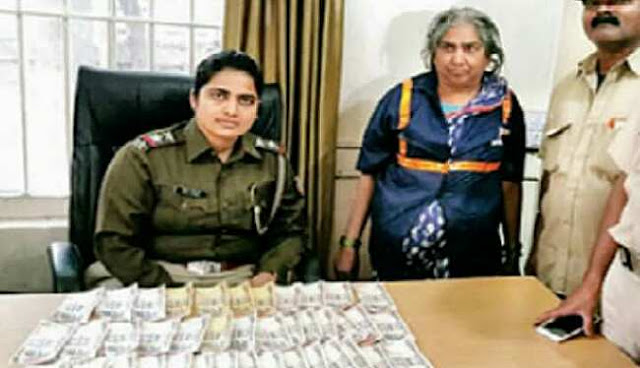