- November 10, 2016
Police while searching the mobiles phones of the 3 youths arrested in Kidnapping case of students of Matigara Balika Vidhlaya in Siliguri case go shocked to see pictures of them playing with firearms. Such pictures have made police doubt that do they belong to some gang. The trio after being produced before the court have been taken into custody for further interrogation for 7 days. The Press sticker Maruti Van which they had used to kidnap the school girls has also been seized. The arrested youths are Muzaffarpur Bihar. Police has also got hold of the CCTV footage from the camera installed at Balasan bridge where the incident had taken place. Siliguri Police Commissioner has said full investigation is going on in the case. She even went to the school and the homes of the students who were victims in this case and consoled them and advised them to go to school and not stay at home. Police has increased vigilance in the area and there is nothing to worry. Police has filed attempt kidnapping and rape case against the 3 accused. 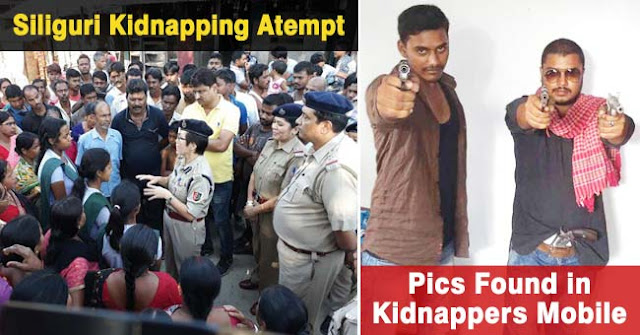