- November 08, 2016
Sikkim is all set to host the 4th edition of INAS Nepali Film Awards 2016 from November 9. Over 200 delegates from across 65 countries will be present at the event organised by Sikkim chapter of International Nepalese Artists Society (INAS) in association with the State Government. The event will see over 200 Nepali film artists representing the Nepali film industry competing for the prestigious 16 categories while there will be delegates from 65 countries as participants. Sikkim Governor will be attending this event as the chief guest, while the Chief Minister will be the guest of honour. The special guest at the function is Surendra Kumar Karki, Minister for Information and Public Relations, Government of Nepal. Veteran Bollywood actor and son of the hills Danny Denzongpa will be conferred with the ‘Life Time Achievement Award’ for his contribution to films in Indian Film Industry. CM Pawan Chamling will also be honoured with INAS Global Personality Award for his achievements in the field of literature and politics. INAS was established in Copenhagen, Netherlands in 2012. 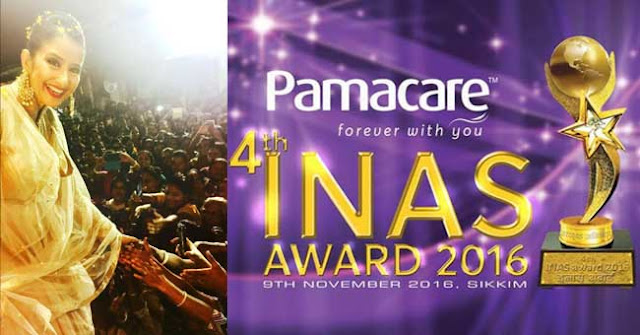