Prime Minister Narendra Modi on Tuesday announced that 500 and 1000 rupee banknotes would be withdrawn from the financial system at midnight, saying it was part of a crackdown on rampant corruption.

The surprise step appears to be designed to bring thousands of crores of cash in unaccounted wealth into the mainstream economy.

“Black money and corruption are the biggest obstacles in eradicating poverty,” he said in an address to the nation.

New 500 and 2,000 rupee denomination notes will be issued later, he added.

In his first televised address to the nation, Modi said people holding notes of Rs 500 and Rs 1000 can deposit the same in their bank and post office accounts without any limit from November 10 till December 30.

In his 40-minute address, first in Hindi and later in English, the Prime Minister said the notes of Rs 500 and Rs 1000 “will not be legal tender from midnight tonight” and these will be “just worthless piece of paper.”

Withdrawals from ATMS or automated teller machines ill be restricted to Rs 2000 per day and withdrawals from bank accounts will be limited to Rs 10,000 a day and Rs 20,000 a week.

He expressed confidence that the staff of banks and post offices will rise to the occasion to introduce the new order within the available time.

He also expressed confidence that political parties, workers, social organisations and the media will go further than the government in making it a success. 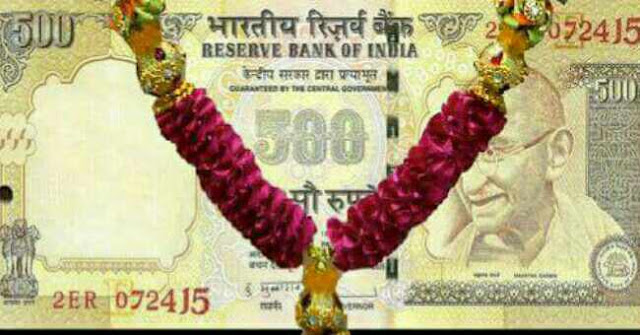