- November 10, 2016
The investigation units of Income Tax department has started search and survey operations across the country on Thursday evening after they found that jewellers and hawala operators were discounting banned Rs 500 and Rs 1,000 notes+ at 40 per cent.

The search and survey operations were conducted on jewellers at Dariba Kalan and Karol Bagh in Delhi besides Chandigarh, Ludhiana and Jalandhar. The I-T raids started after these bullion traders and jewellers+ were found accepting banned notes at discount and converting the alleged unaccounted cash for bullion and jewelleries.

Two big hawala operators have been targeted in Mumbai who were receiving these banned notes at a discount. A top source in the Central Board of Direct Taxes said I-T officials are yet to find out where these banned currency notes were to be shifted and how they would have monetised it considering they are no more a legal tender.

The CBDT source said there is no option available for people with unaccounted cash to siphon off these currency notes as the government will impose penalties at 200% after tax which account for almost 98% of the total value of the currency notes found to be illegitimate income.

Finance Minister Arun Jaitley on Thursay assured people that taxman will not hound those making small deposits in scrapped Rs 500/1,000 currency adding, however, people with "large amounts of undisclosed monies will have to face the consequences under the tax laws".

Top I-T department officials had on Wednesday said the government's directive to them is "very clear", saying any instance of tax evasion and black money should be dealt with strictly, especially after two opportunities in the form of one-time stash declaration window has been provided.

In a surprise move, Prime Minister Narendra Modi had on November 8 announced demonetisation of Rs 500 and Rs 1,000 notes+ and introduction of the new Rs 500 and Rs 2,000 ones with additional security features. 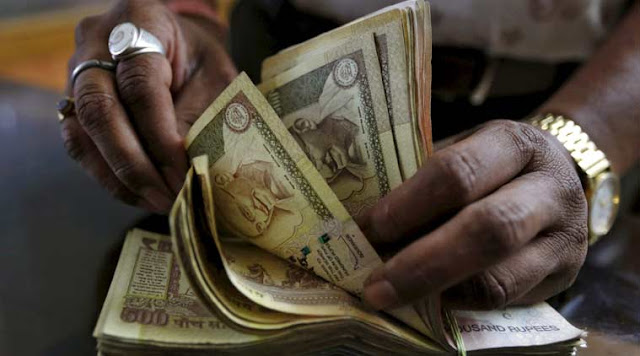