- November 10, 2016
As many as 1,300 detonators were seized in Siliguri in West Bengal's Darjeeling district during a follow up investigation from a house from where a large amount of explosives was found two days back, police said on Wednesday. "The officers of Pradhannagar police station have seized 1,300 detonators while running a raid in a house at Assam road in Siliguri on Tuesday night," police said. "We have seized total 13 boxes, each containing 100 detonators from the house while looking through the piles of furniture," Deputy Commissioner of Police, Siliguri Commissionerate, Indra Chakrabarty told reporters. A large quantity of explosives and detonators was seized from the same house in Siliguri last Saturday and three Nepali citizens were arrested during the raid. "We got the tip-off about more explosives being stashed in the house while interrogating the three accused," DCP Chakrabarty said. 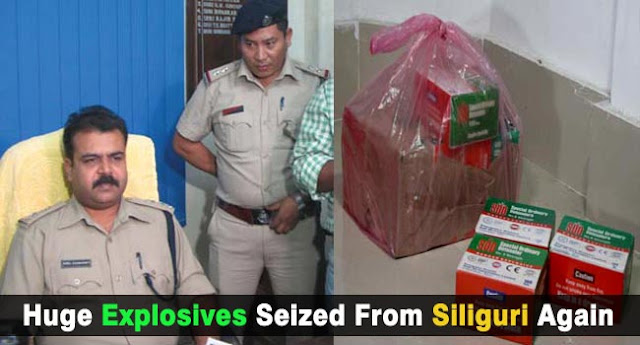